Although I would like to spend more time on the VHF+ bands, it seems that I am often contesting on HF these days. I have made around 15,000 contacts as M0BPQ with participation in the RSGB club championships really skewing my QSO totals. The graph below gives a breakdown per band (data produced on 18 November 20012):

On HF I am a casual DXCC chaser. I have worked 231 DXCC countries using wire antennas and never more than 100w from home. I have subscribed to clublog which generates some interesting statistics of my activity inducing DXCC activity in each calendar year and timelines.  My recent operations from G0OUR with a big HF yagi and PA have shown me what it is like to be on the right end of a decent set up!

On 6m, I have worked 97 DXCC  and 360 squares. I need to look at working more tropo and AU on 6m to fill in the close squares. I am usually on higher bands when TR or AU is about. A European map is shown below. 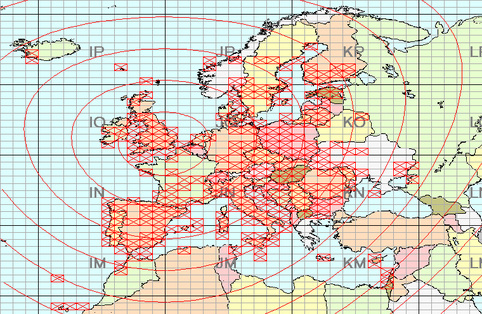 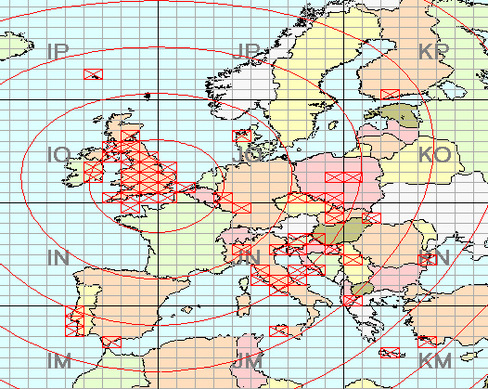 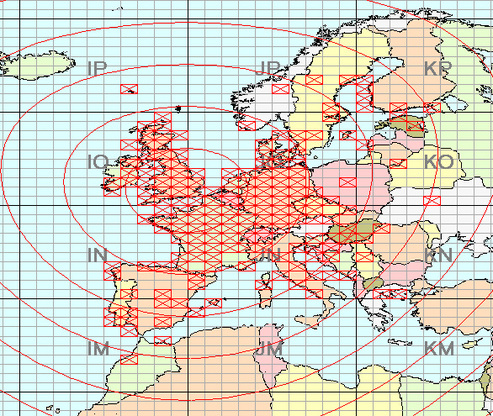 On 70cm, I have worked 17 DXCC and 62 squares. I find activity on 70cm to be very low and it is difficult to work even the closest squares in France as no one is on! I was pleased to work three new squares in 2012 in the Pyrenees. Still lots more to do! The European map is shown below. 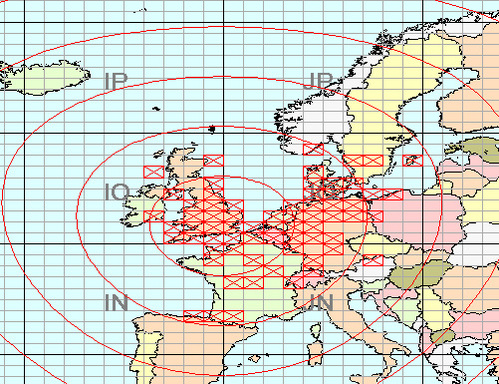